OLA Member’s Petition Read to the Legislative Assembly of Ontario

OLA member Jane Schweitzer made sure her concerns about charging landlords $170 per application (while tenants pay from nothing to $45) were heard! END_OF_DOCUMENT_TOKEN_TO_BE_REPLACED

The Ontario Landlords Association for small business landlords has received a request to create a list (with follow-up explanations) of what changes should be made to the Residential Tenancy Act and to the Landlord  Tenant Board.

Here’s a chance to get your views to those who make the decisions. Please keep it to 3 main points, and if you can add an explanation or personal experience regarding the matter, please do so.

Please post in the HELP FORUM and get YOUR VIEWS HEARD!!

Do you agree with the Liberal Minister of Community and Social Services?

Re: The Public Citizen: New landlord discovers tenants have cards stacked in their favour, Jan. 16.

The Ontario Disability Support Program (ODSP) was created to help people with disabilities to become more independent and live with dignity — something our government takes seriously. However we do not tolerate fraud or the misuse of funds for illegal purposes and I encourage everyone to report such a practice to the proper authorities.

Our government also takes tenant safety seriously, which is why we changed the Residential Tenancies Act to make it easier to evict persons whose actions pose a serious threat. Under the Act, grounds for eviction based on the behaviour or actions of a tenant include damage to a unit and involvement in illegal activity.

Every tenant in Ontario is subject to the same rules regardless of age, gender, ethnicity or whether the tenant is a social-assistance recipient. I would imagine this case is indeed following those rules set out by the Landlord and Tenant Board.

Minister of Community and Social Services

Today, I was happy to announce that the Government of Ontario is investing $5 Million to support the fight against bed bugs. The province’s 36 public health units will be able to apply for funding to support bed bug-related programs that emphasize coordination with other local services, education and awareness and/or provide supports to vulnerable populations. A total of $5 million will be invested by the province to support these programs.

In addition, a new public education website featuring tools has been launched to give Ontarians a one-stop-shop to get accurate information and simple, easy-to-use tips to combat infestations. The province is also distributing a guide, An Integrated Pest Management Program for Managing Bed Bugs, to stakeholders on how to identify bed bug infestations, perform inspections properly, prepare living areas for treatment and carry out pest treatments. The province and the public health units are also working to develop better ways to assess bed bug activity and infestations. This announcement was a response to the Top 20 Recommendations from the Bed Bug Summit at Queen’s Park which I hosted on September 29, 2010.

· Adult bed bugs are 3mm – 5mm in size – about the size and shape of an apple seed – and a reddish brown color. LEARN MORE

· Bed Bug Initiatives · For information on bed bugs and how to prevent or get rid of them, visit www.bedbugsinfo.ca. 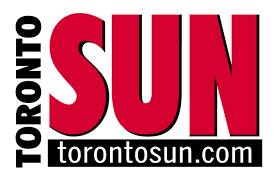 It is the lowest increase in the 35-year history of the province’s rent guideline — the maximum annual rent increase allowable without seeking special approval from the Landlord and Tenant Board for a heftier hike.

“The McGuinty government is providing real protection for tenants by linking the rent increase guideline to the Ontario Consumer Price Index which prevents routine rent increases above the rate of inflation while ensuring landlords can recover increases in their costs,” said Liberal cabinet minister Jim Bradley.

Stuart Henderson, a moderator with the Ontario Landlords Association, which typically represents property owners with less than five units for rent, said the tiny increase has many of the group’s members wondering if they can afford to stay in the business.

“We’re the ones that are paying all these new costs — the price of gas, hydro, the HST — and then we kind of get kicked in the stomach with a 0.7% increase,” he said. “It leaves kind of the worst landlords in the market, people who are renting out fire traps, illegal places.”

The next provincial election will be held in October, and Henderson said the McGuinty government is clearly currying favour with tenants.

“It’s political opportunism,” he charged. “We feel that the McGuinty government is trying to protect against a backlash from tenants in Toronto.”

Geordie Dent, executive director of the Federation of Metro Tenants’ Associations, said landlords may be complaining now but they weren’t protesting when the province allowed yearly increases in the range of 5% in the 1990s.

The recession has been very hard on many tenants, and unemployment in Toronto continues to hover at about 10%, he said.

”It’s not renting out a movie at Blockbusters — it’s people’s housing,” Dent said. “Any increase right now during this difficult time is hard for any tenant.”

Also, Ontario does not have “real” rent control because the landlord is only obliged to follow the guideline for an existing tenant, he said.

“If you move into a unit, though, a landlord can charge you whatever he wants,” Dent said. “The last tenant could have been paying $500 a month and they can charge you $2,000.”

I could have never imagined how hard it is to evict someone.

To anyone interested in the services of Landlord legal –

I could have never imagined how hard it is to evict someone until I was faced with having to do it myself. It wasn’t until I started the process that I realized that it is impossible to do on your own without proper legal counsel. There are so many “t’s” and “i’s” that need to be crossed and dotted and if you miss one, you could lose a lot of time and money. That is when I contacted Landlord Legal.

The best part about April Stewart and her team at Landlord Legal is that they’re specialists. Evicting “bad” tenants for “good” landlords is all they do! I could have NEVER evicted my bad tenant on my own. He was a professional con who played the legal system with expertise. But what my bad tenant didn’t know was that April is more diligent and a lot smarter than he was. April’s a hard working, super persistent woman who is at the top of what she does and gets the job done, period.

I hope I never have to use April’s services again but should I ever need to, you better believe that the only person I will call before anyone else is “The Terminator!”
– Nick S, Toronto

Tags: A guide to the Residential Tenancy Act Ontario, evictions, help, how do I evict?, Landlord & Tenant Board, landlord advocacy, Landlord Legal, landlords help, landlords rescue, pro tenants, Property Management, Rental property, so you want to be a landlord, tenants from hell
Posted in Landlord and Tenant News | Comments Off on I could have never imagined how hard it is to evict someone.

Landlords get a bad deal when it comes to bad tenants

Why would anyone want to be a small landlord when there is little protection in Ontario from bad tenants?

Take Mike and Cathy Clarmo, who live in the Osgoode community of Edwards. The only way they could get a tenant to leave their rental property was with a cash payout of $3,000. And that was after 4½ years of watching the house’s resale value plummet because of their tenants’ neglect.

Their problems all started because the Clarmos couldn’t say no to an acquaintance who wanted to rent the three-bedroom bungalow they purchased in 2004. The Clarmos had just finished renovating the house when the man — a childhood friend of one of their sons — showed up at their doorstep in the spring of 2005. The couple had been planning to sell the property, which was just down the street from their home, and hoping for a $20,000-to-$25,000 profit to put toward retirement. Mike explained their plans, but the man persisted. He needed a place for his wife and children.

Mike said OK, figuring he would make some of the investment back in rent, and sell later, when the house was sure to be worth more.

Instead, cracks started appearing in their nest egg soon after the family moved in. “It broke our hearts to see the condition of the house deteriorate as it did,” says Cathy.

Probably the worst thing was that the house constantly reeked of animal urine.

The family had a dog, cat and rabbit. Drywall and floors were damaged. The garage was so cluttered that the couple was sure there was a fire risk.

Photos they took also show the front yard of the home littered with junk, including car parts such as engines and tires. The woman, who drove a school bus, damaged the eavestroughing after backing the vehicle into the house, Mike says. Rent was often late.

The Clarmos decided to sell the property after a business deal went sour. In April 2009, they gave the tenants more than two months of notice to vacate.

The tenants offered to buy the house “as is” for a reduced price. The Clarmos agreed. But the tenants couldn’t get a mortgage. The Clarmos abandoned their plan to sell after the husband approached Mike and tearfully told him he couldn’t find another house to rent.

A year later, they planned again to sell the house. But the husband, whose wife was no longer living with him, told Mike he was now well versed in tenants’ rights. He wasn’t going to move, and if Mike wanted to terminate the tenancy, he would have to go before the Landlord and Tenant Board.

Mike did so twice. He says he came away convinced that as the landlord, he was considered the bad guy.

At the first hearing, Mike spoke with a mediator, who suggested he allow his tenant to stay at the house rent-free for five months with the condition that he move by the end of this month. The man’s lawyer suggested that Mike could get him out by the end of October if he gave him a few thousand dollars on top of free rent for three months. Mike refused. He recalls the lawyer telling him that he would regret his decision as he was bound to lose the case.

Mike produced photos that he had taken of the house at the first hearing. The adjudicator joked about the one of the cluttered garage. “‘It looks like my garage,'” Mike recalls him saying. In his written decision, adjudicator Greg Joy dismisses or challenges every complaint made by the landlord.

The Clarmos found a prospective buyer for the home soon after and again applied to have the tenancy agreement terminated by Nov. 1, which was also the closing date of the sale.

The adjudicator in the second hearing reserved his decision, which allowed the tenant to stay put for at least the time being.

Mike’s lawyer suggested they give the tenant $2,000 to get out of the house. The tenant’s lawyer then came back with another figure — $3,000 — plus the demand that his client be allowed to stay until Nov. 15. Worried the board could rule in favour of the tenant and that the prospective buyers of the house would pull out of the deal, Mike agreed.

The former tenant would not return my calls.

The Clarmos don’t know if they should be angrier with their tenants or the board.

They realize the board exists primarily to protect tenants, and with children, their tenant was bound to get even more sympathy. But, they say, their case illustrates the need for rules to protect the good landlords.